The new Azure DevOps YAML pipelines have been the focus of innovation, enabling engineering to treat pipelines as code.

We continue our continuous delivery pipeline journey by switching gears from the unified pipelines to the new YAML-syntax pipelines.

Why the YAML course change?

Do not get me wrong, the Unified pipelines introduced in Part 1: Pipelines - Why bother and what are our nightmares and options are phenomenal and will continue to serve us for quite some time. However, we realised that the unified pipelines are based on the json-based user interface pipelines. Microsoft refers to these pipelines as classic interface and there have been no improvements for many sprints in the Azure DevOps timeline. This is a RISK as the technology is becoming stale. 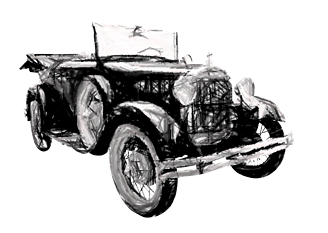 In turn, the new Azure DevOps YAML-syntax pipelines have been the focus of innovation, enabling engineering to treat pipelines as code, use templates to promote consistency, efficiency, innovation, and quality, and last, but not least, combine continuous integration and deployment into one pipeline. 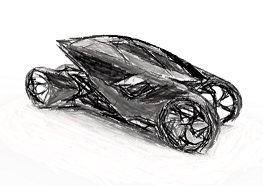 YAML is a mature human-readable data-serialization language, originally proposed by Clark Evans in 2001. It is often referred to as “yet another markup language” and “YAML ain’t markup language.

When we look at the Azure DevOps YAML pipelines, the pipeline configuration language has been kept structurally YAML. That is exciting!

Let us ask Azure Pipelines for a new YAML-syntax pipeline to explore. By default, Azure DevOps generates the following starter pipeline for us:

It is evident that: - It is triggered on changes on the master branch. - It is queued on the latest ubuntu agent pool - other options include macOS and Windows. - It runs two steps, hosted in one stage, containing one job.

Next, we will explore two key YAML topics: Variables and Parameters.

NOTE - Explicit syntax is required when you mix variable types. For example:

yml parameters: - name: parameterSample type: string default: sunshine values: - sunshine - moonlight - aurora - Unlike variables, parameters are defined as key value pairs where the value can be of any type. - To dereference a parameter, simply wrap the key in ${{}}. - The variable is processed at queue time.

Now that we understand variables and parameters, let us create our second YAML pipeline and first template. No need to panic, you have not missed anything - we will explore templates in more detail in Part 3 of this series.

Did you notice that we assigned the value to the keyFinal variable, but are using keyRef throughout the sample? By using the queue-time ${{}} resolution, we are changing the first script to the following during queue time:

Like parameters the template is injected and processed at queue time.

I recommend that you create the sample pipeline and run it. Does it display what you expected? If yes, you can skip the YAML Gotchas, otherwise read on.

Take note of the fourth, fifth, and sixth echo in the template. You may expect that the output will be the same ... but:

YAML Gotchas, such as spaces

For example, alignment of your definition is critical. Just like in the Cobol and Fortran days, a space too many or too few will throw errors, that are often difficult to decipher. As shown in the simple example, these two statements look the same, however, the second has too many spaces and fails:

Likewise, the following example looks innocent at a quick glance, but the first and third script will fail as it is indented few and one too many spaces respectively:

Yaml is a very positional and pedantic language!

TIP - Use the validate feature in the Azure Pipeline editor to help you unearth some of the gremlins.

With the various names popping up - classic, unified, YAML, and multi-stage - it is important to define and use a common language when talking about pipelines. Within the context of Azure DevOps pipelines, we suggest and use the following in these technical blogs:

If erroneous spaces do not rattle you, we are ready to jump into part 3 to explore the power of templates and how we are cooking up a storm of re-usable magic.