Guidelines to start and terminate the Townhall Events 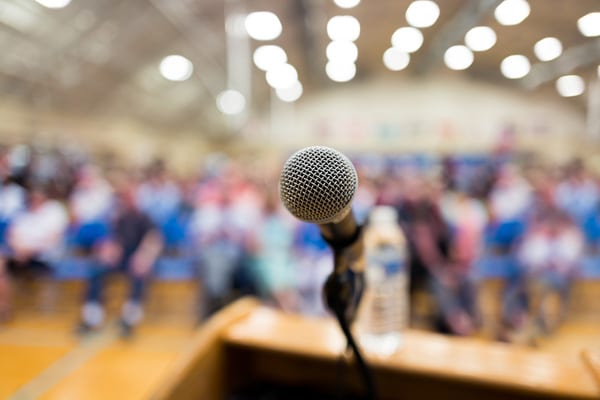 Continuous improvement is not possible without firmly established systems thinking. A holistic view of the organization as a system is necessary to ensure uninterrupted stream of delivery of desirable business value.

The objective of starting a series of Townhall events is to promote and foster the need for sharing knowledge and insights regarding the functioning of the system as a whole.

By proposing to start a series of Townhall events, we hypothesize that the outcomes will materialize as an improved consistency of the alignment with the business priorities and the delivery of desired business value. The rationale driving this hypothesis is that regardless of how successful, advanced, or brilliant any part of the system may be, the system itself is only as performant, reliable, resilient, and secure as is its weakest, slowest part. It is therefore hypothesized that having regular ‘super events’ to share knowledge and insights will yield the overall improvement of the system’s performance by breaking potential barriers and removing silos.

To avoid potential waste, we also hypothesize that any established Townhall series of events must be terminated in case the anticipated desired outcomes fail to materialize.

During the regular business operations, as various ceremonies get executed, those distributed activities will be synchronized by attending the shared ‘super event’ -- Townhall.

Establishing the Townhall event is rather simple: it will commence once per PI, during the Innovation & Planning iteration. The organizers create the Townhall wiki, the Townhall Teams channel, and publicize to the organization the opening of the Townhall.

In addition to establishing clear, focused, and measurable criteria for success, Townhall meetings must provide the platform for collaborating on identifying the bottlenecks in the system. Those bottlenecks will be identified by sharing the findings that resulted from the regular sessions in Centers of Enablement, Working Groups, Community of Practices, and Dojos.

Once bottlenecks have been identified, they must be prioritized in terms of importance/urgency, and an actionable plan must be delivered with clearly stated expected acceptance criteria.

Upon executing the PI and attending to the agreed-upon elimination of prioritized bottlenecks, a retrospective session must be scheduled to assess whether the Townhall findings and recommendations yielded the expected results.

Townhall events are envisioned as “come all, share all” happenings. Ceremonious parts of the event should be kept at a minimum, to enable lively and productive collaboration. There should be no anointed/appointed leaders of the event. Preferred mode of collaboration is by following the Guest Leaders model – minimize any ‘vertical distance’ between participants and encourage stepping forward and temporarily taking charge of the pressing topics. A facilitator/moderator is a must at such events.

At all times, the Townhall event must be a psychologically safe place for all in attendance. To ensure smooth and effective progress, we propose the Townhall Code of Ethics:

After each Townhall session the organizers will tally up the attendees and provide the report to the Townhall stakeholders/sponsors.

Once every PI the organizers will prepare the report outlining the status of the Townhall: how many staff have attended; what is the trend of attendance; how many staff are lagging; approximate estimate as to how many more sessions may be needed to resolve all outstanding system bottlenecks.

Townhall stakeholders will organize periodical celebration ceremonies. This is to recognize and award initiatives that have ‘moved the needle’ and demonstrably improved the overall system performance.

Townhall organizers will be responsible for preparing the handout material for all Townhall sessions. Those handouts will typically include above mentioned deliverables (reports) as well as any newly identified bottlenecks to be discussed.

If the Townhall demonstrates effective progress (i.e., identified and prioritized bottlenecks are swiftly being minimized/removed from the system), organizers will be given allowances to demand more time that the staff should dedicate to identifying system-wide bottlenecks and improving the overall system performance.

Everything good and nice must eventually end. The desired end-state of the system as a whole is a fully flexible, secure, reliable, resilient, and anti-fragile system that perfectly aligns with WorkSafeBC business priorities. Once the system reaches that high level of performance, the Townhall should be terminated.

There is also a possibility that the Townhall events may not be yielding the hoped-for results. In case of such eventuality, organizers should terminate the Townhall.

Download a copy of our ceremonies overview and Community of Practice (CoP) working agreement poster here: