“I suppose it is tempting, if the only tool you have is a hammer, to treat everything as if it were a nail.” - Abraham Maslow 1966

How often have you tried to fix everything using a hammer, often without considering other choices? Abraham Maslow's quote brings back precious memories from my childhood in sunny South-Africa, when the hammer seemed the fitting tool (or weapon) for any venture.

But I am not here to talk about hammers. To the contrary, I want to encourage everyone to question WHY we do the things we do, make use of the technology of today, continuously look for ways we can innovate, simplify, and reduce invaluable WASTE.

Let us travel back in time to the early 1980's when I started my first job with Burroughs, working on the Convergent Technologies Operating System (CTOS) on 80186-based B21 mini-computers. Those were the days we were creative in Assembler and V2/PLM languages, operating within the 64 kilobytes (yes kilo, not giga) memory segments, and battling to backup 10MB hard-drives, staring at flickering green screens. 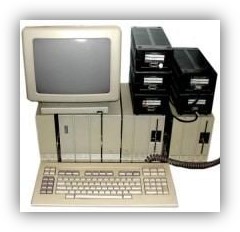 At home, I was the proud owner of a B21 mini-computer, like this photo I found on the Internet. 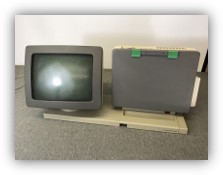 I am drifting off again ... focus! Back in those days, we had no version control services or software that tracked changes. Therefore, whenever we wanted to make a change to a document or a source file, we created a backup copy, typically by appending a -yyyzmmdd.rev suffix to the filename.

After a while we had a hard drive filled with endless copies of the same file with variations of changes.

Teleporting to the mid-90's we find ourselves working with Visual SourceSafe, a source control system that evolved from One Tree Software in North Carolina. 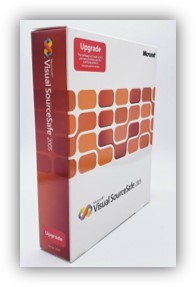 It was the beginning of the journey that would take us into the era of Team Foundation Server, Visual Studio Team System, and today's flagship Azure DevOps.

It was also the end of copying source files by hand to create version backups, polluting your storage with meaningless copies of the same bits and bytes.

Back to the future

Fast forward to 2021, which is four decades later, in a world with Google Docs or Office 365, boasting powerful collaboration and versioning features. I find myself staring at file servers filled with hundreds, if not thousands of Office documents such as Excel, PowerPoint, and Word. Most are copies created the same way we created backups for source code in the 80s.

The worst is watching documents attached to emails, updated by recipients as separate copies, until a brave volunteer steps forward to merge all changes back into the master. Merge hell all over again. 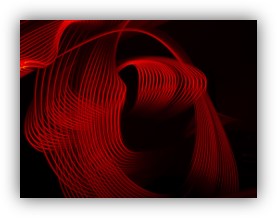 Please put your 80's hammer and mindset aside and start collaborating with the products, such as Office 365 and Visual Studio Code Live Share.

Not only will you collaborate efficiently, but you will also cut down on the amount of WASTE you produce and avoid the dreaded merge hell exercise.

Still unconvinced? If yes, I recommend you try these two experiments:

I will let you decide which is the simpler and more productive experiment, producing little to no WASTE. I will place all my apples on the second experiment!

Please pack away your hammer (habits) and explore the phenomenal collaboration products you have at your disposal!